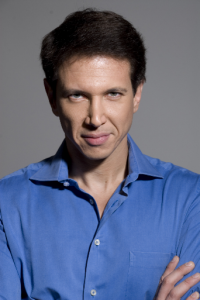 Writing extensively on intelligence, national security, terrorism and nuclear affairs, he is internationally recognized as one of the world’s leading experts in his field. Hundreds of investigative articles and cover stories that have appeared under his byline have made an international impact. Bergman is “arguably Israel’s best investigative journalist,” according to David Remnick of The New Yorker, and “…the foremost expert on the Mossad” according to Der Spiegel editor-in-chief, Georg Mascolo.

His New York Times Magazine cover story on Israel’s willingness to exchange thousands of terrorists for its POWs won enthusiastic reviews. Another cover story, on Prime Minister Netanyahu’s secret plan to attack Iran, stirred an international storm. His NYTimes January 2017 Op-ed on ethics of war in Israel was chosen as the front page headline of it’s international edition. The revelations about the KGB disinformation which led to eruption of the Six Day War and the disclosure of the Mossad files on the hunt for Joseph Mengele, both created much international interest and follow-ups.

Bergman is the author of five bestselling Hebrew-language non-fiction books, covering topics that range from government corruption and the conflict in the Middle East to Israel’s POWs and MIAs, the Iranian nuclear project, and Mossad activities. The Secret War with Iran, was published in the United States by Simon & Schuster. In one of the enthusiastic reviews it received, the book was described by the Economist as “an enthralling read.” His next book, Rise and Kill First: The Secret History of Israel’s Targeted Assassinations, will be published by Random House in January 2018.

Dr. Bergman is the recipient, among other prizes, of the Sokolow Award (2017), Israel’s most esteemed prize for journalism, which was given to him for “a number of important and courageous journalistic exposés.” He was awarded B’nai Brith’s international press prize in 1996, honored as “Knight Of Journalism” by the Movement for Quality Government in Israel in 2004, and in 2013 was one of the three finalists for the Henri Nannen Award, Germany’s equivalent of the Pulitzer Prize.

For many years, Dr. Bergman has waged a struggle for freedom of information and freedom of investigative journalism in Israel. His articles on the subject and petitions he has submitted to the courts have led to the opening of many classified files and transcripts of legal proceedings in security-related cases. Dr. Bergman was the Israeli member of the international press team that reviewed and published the Wikileaks and Snowden documents.

A member of the Israeli bar, he graduated with honors from the Haifa University law faculty, and clerked in the Attorney General’s office. A winner of the British Foreign Office Chevening scholarship award, he took his master’s in international relations at Cambridge University, where he was also awarded his PhD in history. He is a member of the Board of Trustees of Beit Hafutsot, the Museum of the Jewish People.